The Road is Bleak 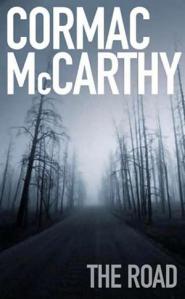 The future looks bleak. Post-apocalyptic. The World is burned to ashes. The earth is strewn with charred, desiccated, mummified corpses. Houses are left abandoned. Because food is scarce, cannibals roam the earth. A man and his son making their way to the south, to the beach, to reunite with the good guys. Carting their blankets, armed with pistols with two bullets, always suspecting someone is after them. The pistols are not inspired to use it to kill the enemies, but for suicide if they ever got caught by the bad guys. They ransack houses looking for food supplies. Some days they starve; one fine day they stumbled upon canned food stored in a basement.

The man pledges unwavering love to protect his son. He remembers how his beautiful world used to be like.

Towards the middle of the story, you knew one of them is going to die. You don’t really know where they are heading. You might even grow to resent the man. As his son pleaded to his father to help the young boy, the old man and many others they came across on the road. But his father vehemently refused. How can we help when we don’t have enough? If we help, we might die.

Do you want me to tell you a story? asked the man.
No.
Why not?
Those stories are not true.
They don’t have to be true. They’re stories.
Yes, But in the stories we’re always helping people and we don’t help people.

It’s about faith, about humanity, about love, about beliefs and principles, about death, about moving forth even the challenges seem insurmountable. 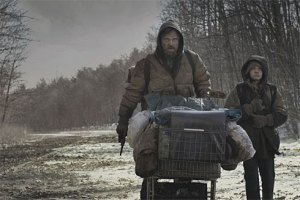 I finish this book in one sitting. The prose is sparse. I appreciate the simplicity and it reads like a ramble, narrating every laborious effort to scour for food and stay warm. Contrary to the popular views, this novel doesn’t work for me. One of the few times I ever go against what the majority thinks.

I don’t know what to think of it. I think I will stop here.

The Road  the novel was awarded the 2007 Pulitzer Prize for fiction and the James Tait Black Memorial Prize for Fiction in 2006. A film adaptation of the novel is currently in post-production. It is directed by John Hillcoat and written by Joe Penhall. The film stars Viggo Mortensen and Kodi-Smit-McPhee as the Man and the Boy, respectively. Production has taken place in Louisiana, Oregon, and several locations in Pennsylvania including Preque Isle State Park and the Abandoned Pennsylvania Turnpike. It is due for release on October 16, 2009

A bookaholic that went out of control.... I eat, sleep and breathe books. Well, lately I do other stuff.
View all posts by JoV »
« Chinese Whispers by Jan Wong
The Secret History by Donna Tartt »

One thought on “The Road is Bleak”