You are what you read 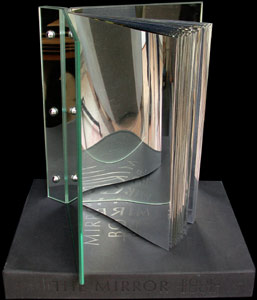 I recalled a sentence from the book Shadow of the Wind :

Books are mirrors: you only see in them what you already have inside you.

When I was younger, I was warned by my mother that you have to choose what you read very carefully. My book was confiscated by my class teacher one day because I was found reading a romance book under the school desk (not during lessons though). They seem to think (with good intention) some books may contaminate my mind.

Many moons later, my reading choice had widen. I know I consciously look out for tales from around the globe, travel tales, and tales especially from Asia or Middle East; and I do feel drawn to stories of normal day-to-day people got caught in the war, human conflict, tragedy, tribulations etc and also about personal struggle in establishing own identity in the process of coming-of-age or in a foreign land; but other times I’m just experimenting.

What does my reading choice say about me? Maybe I have unresolved pain and grief that requires validation and constant dose of encouragement to rise above it. Maybe I’m just curious about social issues, culture and stories of other people around the world.

If I literally became what I read, I would be:

What about you? Do you think you are what you read? Do you find out about yourself more than you never knew before in the choice of book you have picked?

A bookaholic that went out of control.... I eat, sleep and breathe books. Well, lately I do other stuff.
View all posts by JoV »
« The Penelopiad by Margaret Atwood
I went on a Spring holiday (Bristol and Belfast) »

20 thoughts on “You are what you read”