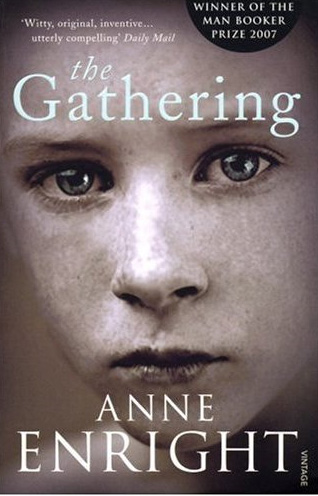 The novel traces the narrator’s inner journey, setting out to derive meaning from past and present events, and takes place in Ireland and England. Its title refers to the funeral of Liam Hegarty, an alcoholic who committed suicide in the sea at Brighton. His mother and eight of the nine surviving Hegarty children gather in Dublin for his wake. The novel’s narrator is 39-year-old Veronica, the sibling who was closest to Liam. She looks through her family’s troubled history to try to make sense of his death. She thinks that the reason for his alcoholism lies in something that happened to him in his childhood when he stayed in his grandmother’s house. She uncovers uncomfortable truths about her family.

The back cover of the book wrote:

“The Gathering is a novel about love and disappointment, about thwarted lust and limitless desire, and how our fate is written in the body, not in the stars.”

It is not hard to guess with an introduction like that something dark, unsavoury and immoral had happened in the Hegarty household but what “exactly” did happened?

Enright develops this dark theme explicitly from the beginning. Through the story of Ada and Charlie, her Grandparents, up till the present day. She tells their passionate love story, from their first night in the marital bed to Charlie’s final resting place, this same bed where Ada crushes a fly which settles against his dead neck. There is however a man named Lambert Nugent who always hang about in the Hegarthy house, whom Veronica suspects is Ada’s lover / client / admirer. Every time Veronica take up wild imaginations about secret liaison between Ada and Mr. Nugent, she comes up with different versions, all equally appalling.

The novel is very readable, pages fly by, witty, eccentric, but it is not a comfortable book to read. Dark and disturbing, Enright is unflinching as she documents all the physical symptoms of emotion and memory, some vulgar, repulsive and mostly sexual. The book is a mix bag of dry humour, tenderness, resentment and anger. Seen through the eyes of Veronica, she recalled the haunted past that brought upon Liam’s calamity. In the process her relationship with her husband is strained. As she overcomes her grief for her brother Liam’s death, she hated her husband and neglected her daughter.

Although Liam appears relatively seldom, his portrayal is heart breaking. The beautiful boy who destroys himself, the huge eyes begging impossible love (the look of the boy in the cover haunts me), the hearts of his lovers broken before the final act of self-destruction, a suicide similar to Virginia Woolf’s. I suppose Liam has reached a breaking point of living a life of as a complete joke:

If I believed in such a thing as confession I would go there and say that, not only did I laugh at my brother, but I let my brother laugh at himself, all his life. This laughing phase lasted through his cheerful drinking, and through his racuous drinking, and only petered out in the final stinking stage of his drinking. But he never gave it up completely – the idea that it was all a complete joke.

As the layers are peeled, I feel the book is trying to tell me that a traumatic experience is never erase from our lives and it shapes our destiny. A betrayal of trust makes one unable to trust. How far one is willing to go to put a roof over their heads, even if the action brought shame. Poverty induces immorality.

Deja vu from story 1 from my previous review of Yoshimoto’s Asleep, Veronica found a shadow of Liam in the form of a little boy. Give me a break, it is so trite. The novel however ended with hope. After so much swearing, sex, resentment, hatred, the last chapter of the book took a sharp turn and swerve towards the beautiful sunset. The protagonist finally found peace at heart to love her family again. It feels disconnected.

God, I hate my family, these people I never chose to love, but love all the same. – page 259

But I do not want a different destiny from the one that has brought me here. I do not want a different life. I just want to be able to live it, that’s all. I want to wake up in the morning and fall asleep at night. I want to make love to my husband again. Because, for every time he wanted to undo me, there was love that put me back together again – put us both back together. – page 260

This is a novel that could go both ways. I felt the message was a powerful one, but one that could do without the vulgarity.

Note: I promise I will read a more cheerful book or a non-fiction book after this! 😉

The Gathering is the fourth novel by Irish author Anne Enright. It won the 2007 Man Booker Prize, eventually chosen unanimously by the jury after having largely been considered an outsider to win the prize. Although it received mostly favorable reviews on its first publication, sales of the book had been modest before it was named as one of the six books on the Man Booker Prize shortlist in September 2007. After winning the prize, sales more than doubled compared to sales before the announcement. Enright described the book as “…the intellectual equivalent of a Hollywood weepie” hmmm… I don’t think I agree.

Since we are at the point of assessing this year’s Man booker Prize’s shortlist, lets talk a little about this. On the year The Gathering won, the other five titles which have been shortlisted are:

I like the other shortlist titles that I have read. I thought they are equally good if not better than this book.

This is the thing, I never really know the basis of the selection criteria the Man Booker Prize winner is chosen. While we are anxious to know who won this year, winning the prize is not a be all end all. I am sure (and I hope this year) the Man booker prize shortlisted and longlisted books may go on and sell a lot more than the winner. 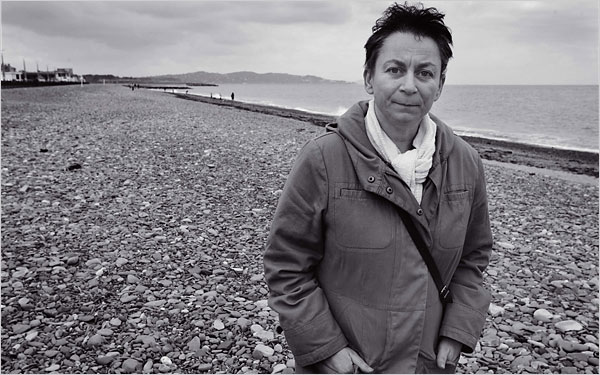 Anne Enright (born 11 October 1962) is a Booker Prize-winning Irish author. She has published essays, short stories, a non-fiction book and four novels. Before her novel The Gathering won the 2007 Man Booker Prize, Enright had a low profile in Ireland and the United Kingdom, although her books were favourably reviewed and widely praised. Her writing explores themes such as family relationships, love and sex, Ireland’s difficult past and its modern zeitgeist.

Enright won an international scholarship to Lester B. Pearson United World College of the Pacific in Victoria, British Columbia, where she studied for an International Baccalaureate for two years. She received an English and philosophy degree from Trinity College Dublin. She began writing in earnest when her family gave her an electric typewriter for her 21st birthday. She won a scholarship to the University of East Anglia’s Creative Writing Course, where she was taught by Angela Carter and Malcolm Bradbury and earned an M.A.

Enright was a television producer and director for RTÉ in Dublin for six years. She was a producer for the ground-breaking RTÉ programme Nighthawks for four years. She then worked in children’s programming for two years and wrote at the weekends. The Portable Virgin, a collection of her short stories, was published in 1991. The Portable Virgin won the 1991 Rooney Prize for Irish Literature. Enright began writing full-time in 1993.

Enright is a Fellow of the Royal Society of Literature and lives in Bray, County Wicklow. She is married to Martin Murphy, who is director of the Pavilion Theatre in Dún Laoghaire. They have two children.

A bookaholic that went out of control.... I eat, sleep and breathe books. Well, lately I do other stuff.
View all posts by JoV »
« Book Bloggers Appreciation Week
2010 A to Z Challenge »

3 thoughts on “Anne Enright: The Gathering”