//
you're reading...
Read Along, Reflection

Wuthering Heights : The end of mini Read-along (and the Royal Wedding!)

It is the end of the Wuthering Heights mini read-along.

Sigh, what can I say? I can say it didn’t deviate much from my first impression as posted in my intro post

My first thought about Wuthering Heights

I’ll use the discussion questions from the Penguin Reader to answer some of my thoughts about Wuthering Heights, here goes:

1) Why do you think Emily Brontë chose to unfold the story through the secondary sources of Ellen’s narrative, Mr. Lockwood’s two visits, and Catherine’s diary? How would the story have differed if it had been told chronologically? Do you trust the narrators’ versions of the events that took place? Or are they, from time to time, a bit unreliable?

I am not sure if it would change my feeling if the story is told chronologically or not. The book gave me a creepy feeling, mixed with suspense and disgust that I doubt it would have made any difference. What I think could potentially earn my sympathy was if the story was being told through first person narrative by Heathcliff or Catherine. I think I would have felt the passion more intense and why and how the passion became vindictive. I think the third person narrative could potentially be unreliable and told through coloured lense.

2) Compare Catherine’s love for Heathcliff with her love for Edgar: What are the defining characteristics of each relationship? Do you think Catherine regrets her choice of husband?

The love for Heathcliff is destructive, but alluring. The love to Edgar is reliable and enduring. Catherine’s last words was….

‘I must go Cathy’ said Heathcliff, seeking extricate himself from his companion’s arms.
‘You must not go!” she answered, holding him as firmly as her strength allowed. ‘You shall not, I tell you.’
‘For one hour,’ he pleaded, earnestly.
‘Not for one minute,’ she replied.
‘I must – Linton will be up immediately.’

Did she regret? Regret is a strong word. Perhaps she died knowing that she has betrayed her heart but she loves Edgar Linton just as well, I doubt she would regret marrying Edgar knowing that Heathcliff could not provide her with the stability and status that she needs.

3) When Heathcliff visits Catherine for the last time before she dies, she says to him, “You have killed me–and thriven on it, I think.” Nearly twenty years later, when Heathcliff is approaching death, he says, “I have to remind myself to breathe–almost to remind my heart to beat!” Did Heathcliff and Catherine believe the only way they could be together was in death? Did they, somehow, will themselves to die?

I didn’t feel like Heathcliff will himself to die, because if he did he took too long to die. Instead Edgar was the one who was most affected by Catherine’s death and somehow his illness never see the light to recuperation. In soul though Healthcliff died when Catherine died, all he wanted was Catherine to come back to haunt him. The ending however implies that both Heathcliff and Catherine is together in death.

4) The characters in the novel have a great capacity for violence and hatred, and revenge is one of Heathcliff’s greatest motivations. Is Heathcliff justified in the revenge he takes on Hindley? Do you think Heathcliff’s childhood experiences at Wuthering Heights contributed to his monstrous behavior as an adult?

There is no excuse Heathcliff for taking out revenge on Hindley. It is clear that Heathcliff’s childhood experiences at Wuthering Heights contributed to his monstrous behavior and unfortunately losing Catherine only exacerbated his monstrosity.

5) One critic stated that Wuthering Heights is “truly a novel without a hero or heroine.” What do you think of this statement? Is Heathcliff a hero or a villain?

Totally agree that the novel is truly a novel without a hero or heroine. Everyone I talk to said the same thing, “I don’t like any of the characters in the book!” I don’t see Heathcliff as a hero, more of a tortured soul that takes pleasure in inflicted pain on others, but Emily Brontë had successfully written a book with such intense and suspense that every page seems to leap out of the book and I can’t stop but keep reading until the very end.

6) Wuthering Heights is considered by many to be one of the greatest romances in literature. Do you agree with this? What is your definition of a romantic novel? Must a great romance have a happy ending?

Is it a love story? Yes. Is it romance? Nope, I don’t think so. A great romance doesn’t always need to have a happy ending (i.e. One day by David Nicholls) but it must give out that warm fuzzy feeling one experience when you felt the love is pure and genuine, without hatred and ulterior motives. Romance has to carry a hope that it will last forever. That is my notion of romance.

Today is the Royal Wedding of Prince William and Kate Middleton, the whole country (or the world) is celebrating with it. I told myself I am not going to get suck into the globe’s obsession of what Kate is going to wear, what the rest of the royal family is going to wear (but I can tell you Princesses Eugenie and Beatrice have the most unconventional sense of style and Samantha Cameron committed a fashion faux pas for not wearing a hat!) the whole royalist frenzy thingy. But when I watched the couple took their wedding vows, and then a few hours later waving to the public on the horse carriage and the two kisses at the balcony of Buckingham Palace… I welled up, close to shedding a tear but that’s what I called romantic. 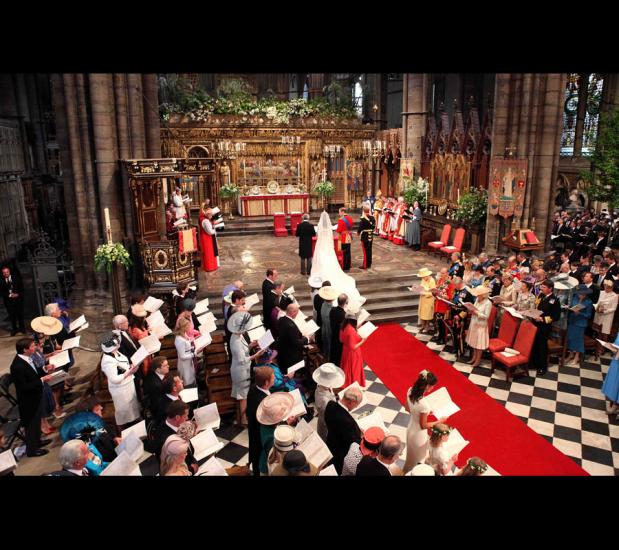 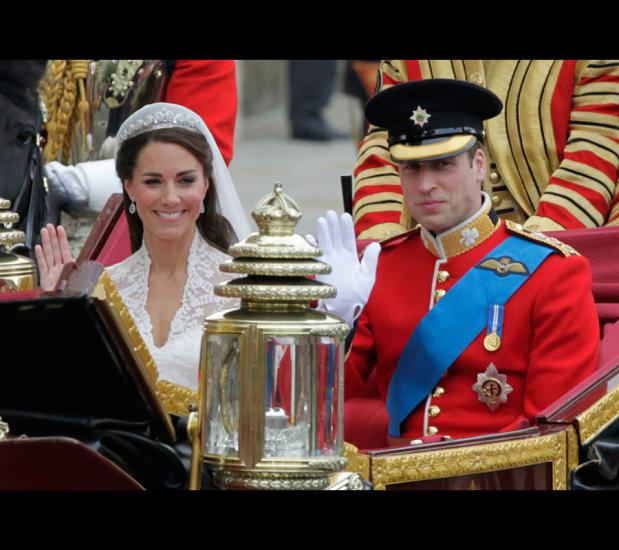 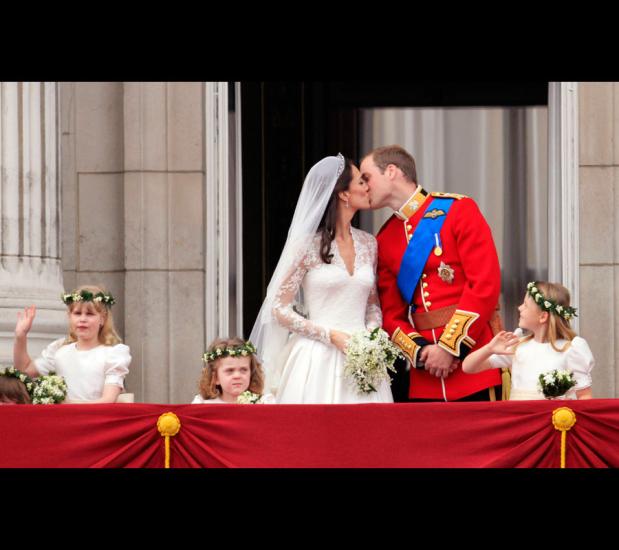 Perhaps I might change my mind if I watch Wuthering Heights the movie. However with the 3rd person narrative, the anger and the revenge, it doesn’t feel romantic. The Royal Wedding is romantic, but not Wuthering Heights! 🙂

Would I recommend this book? I would and I am sure you would love it if you get past those horrible characters in the book! I actually like the old English and when I finished it I felt the need to read another classics with 18th century English. That’s how good it is, the language I mean. 🙂

Jessica of Park Benches and Bookends’ Review : I can understand why it is a classic, there isn’t quite another novel like it and I can also understand completely why people would hate this novel (I am sure some will say hello in the comments 😉 but it isn’t a classic just because of the nasty, cruel characters, there is much more to this novel in the passion, tragedy and the Gothic elements. It is a love story but just not in the conventional/normal sense.

Anaamica of What I have been Reading: Most of the characters in the prologue are like this – evil, sharp tongued, foul mouthed – I thought the name ‘Mad House’ was a better name for the novel.

Bookie Mee: What a wild storm. That’s what I felt about the book.
What is Kim Reading: this book is alive. I don’t know how to explain it any other way. The words leap off the page.
BCF Reviews: I liked how Emily Bronte wrote. The book was descriptive and it is a great story.

Emily Brontë lived most of her life in England on the North Yorkshire moors like those depicted in Wuthering Heights. Not many details are known about her life. As one Brontë scholar stated, “Next to her genius, the most astonishing thing about Emily Brontë is the silence which surrounds her life.” Charlotte Brontë declared that Emily’s “disposition was not naturally gregarious; circumstances favored and fostered her tendency to seclusion; except to go to church or take a walk on the hills, she seldom crossed the threshold of home. Though her feeling for the people [all around] was benevolent, intercourse with them was never sought; nor, with very few exceptions, ever experienced.”

Emily Jane was the fifth of six children born to the Reverend Patrick and Maria Brontë on July 30, 1818, in the village of Bradford, Yorkshire. Three years after Emily was born, her mother died of cancer, the first of several tragedies that would befall the Brontë family. Just before Emily’s sixth birthday, she and her older sisters–Maria, Elizabeth, and Charlotte–enrolled at the Cowan Bridge School. Maria and Elizabeth both fell ill, and on May 6, 1825, Maria succumbed to her illness. The other three girls then left for home, where Elizabeth died two weeks later.

Charlotte discovered Emily’s poems in October 1845 and convinced her sisters to collaborate on a volume of poetry. They chose to use pseudonyms to avoid the criticism and prejudice often directed towards women writers. In May 1846, Poems (by Currer, Ellis, and Acton Bell) was published, with the Brontës paying for the costs; only two copies were sold.

A bookaholic that went out of control.... I eat, sleep and breathe books. Well, lately I do other stuff.
View all posts by JoV »
« As the Earth Turns Silver by Alison Wong
In the Country of Men and Anatomy of a Disappearance »

19 thoughts on “Wuthering Heights : The end of mini Read-along (and the Royal Wedding!)”