The Devotion of Suspect X by Keigo Higashino

It’s hard to write a review for this book. Meaning I can’t write the review without spoiling the story for you.

You see this is one of the rare mystery books that tells you who-dunnit-it at the very beginning and then you watch the authority playing a cat and mouse chase to corner the culprit(s) to admit to the crime. I thought I knew it all. Yet, the plot sprang me with big surprises, knocked me off from my own assumptions and gave me double somersaults in my brain and hyperventilating until the very end. So I’m going to go ahead and spoilt it anyway and implore you that even if you think you know what is going to happen in this book, go ahead and read it anyway!

Set in Tokyo, Yasuko Hanaoka and daughter Misato move to another city to avoid ex-husband’s, Togashi, stalking for money. Yasuko works in a bento shop and everyday her neighbour, a maths teacher named Tetsuya Ishigami, dropped by to order the special just to have a glimpse of Yasuko. One night, during a struggle, Togashi was killed by Yasuko and daughter and Ishigami showed up at the doorstep, calmly offers to help dispose of the body.

According to Kishitani’s report, the body had been left in a sorry state. It had been stripped of clothes, shoes, even socks. The face had been smashed — like a split melon, the young detective had said, which was more than enough to make Kusanagi queasy. The fingers had been burned, too, completely destroying any fingerprints. The corpse was male. Marks around the neck indicated he had been strangled. There were no other wounds apparent on the rest of the body.

The police also found a new bicycle at the crime scene and the clothing of the dead man was half burnt.

We now know how the crime happens and how the body was found. So what is going to happen when the police come chasing?

The police squad, led by Kishitani and colleague Kusanagi began to question the deceased ex-wife, Yasuka. The police squad combed and traced every possible people that are connected to Yasuka, her ex-employer at the club, her current employer, her suitor Kudo and neighbour Ishigami. Yasuka’s alibi seems to be air-tight. On the night of the murder, she claimed that she went out with her daughter for a movie and then for a Karaoke session and came home at 9:30pm and they have all the evidence to prove the alibi. Through the questioning Kishitani get to know that Ishigami and Yukawa both graduated from Imperial University and may have been in the same class. It turns out that Ishigami and Yukawa were old classmates who have lost contact. Yukawa, in his capacity as a friend, reconnects with Ishigami and begins his own investigation into the murder while the official investigation is in progress.

Every time the police catches up, Ishigami manages to stay one step ahead of the police. After all, Ishigami was a gifted mathematician who gave up a promising career and got stuck in a teaching career with a bunch of students who have the least interest with mathematics. No matter how easy he tries to set his questions, especially questions that led them down one assumption, none of his students could pass his exams. That’s the way Ishigami operates, lead the police into one assumption (a red herring), where he got the trails all covered up and the police would find nothing. It will take a close friend Yukawa who understands Ishigami and Yukawa’s intelligence to be able to crack the case.

Kusanagi was talking about the way you designed the tests you give to your students, taking advantage of the blink spots created by the students’ own assumptions. Like making an algebra problem look like a geometry problem, for instance. It made sense. It’s very effective for tripping up the ones who don’t understand the underlying principles and just try to solve everything by the book. The student sees what they think is a geometry problem, so they attack it from that angle. But they can’t solve it. They get nowhere, and end up just wasting time. Some people might call it unfair, but it’s a very effective way of measuring someone’s true ability. – Yukawa (page 327)

The story is a puzzle embedded in a bigger puzzle. A story that challenges the reader’s blind spot. It’s the sort of mystery novel that once you know the answer, you would like to re-read the novel from the beginning to find out clues within each conversation to detect at what point Yukawa obtain the insights and came to his conclusions. Not only the plotting is superb, the character development was excellent too. I empathise with the pair of mother and daughter and hoping that they won’t get caught. At one point I thought the story was going to take a cynical end that Yasuko is seeing another man and I start to wonder if Ishigami is going to get any creepier? I also like reading about Yukawa’s hypothesis about how the murder is committed.

I feel like all along I am privy to a secret that a few people know, only to find myself proven wrong at the end. None, if I could recall, a novel had done that to me. If I have to compare this (I can’t help but to compare) with Villain by Shuichi Yoshida , I would rate The Devotion of Suspect X plotting as the very best but personally like Villain better.

Jackie@farmlanebooks.co.uk:The Devotion of Suspect X is a perfect thriller. It isn’t particularly deep or meaningful, but it is endlessly entertaining. I can see why it sold 2 million copies inJapan and I hope that word-of-mouth spreads it around the world. Highly recommended.

Kim@Reading Matters: The real success of the novel, however, lies in the impossible-to-guess climax. I found myself completely in awe of the way in which Higashino drew everything together so neatly and still managed to provide an utterly unexpected ending, completely out of left-field. Is it any wonder more than two million copies of this book have been sold in Japan alone: it is a masterpiece of authorial restraint, concept and plotting. More please.

Maxine@Petrona: The prose is flat and the text is written in colloquial American style, so all the characters think in American slang and descriptions are Americanised, ruining a great deal of the atmosphere that would have been provided by use of Japanese words and phrases instead of them being substituted for their American equivalents*. The characters are two-dimensional, with important avenues left unexplored. This is most marked in the case of Yasuko’s young daughter, the character whose role in the story interested me the most, and whose dramatic actions bookend the plot – she is basically ignored. Unfortunately, I found the whole thing rather boring and neither cared about nor was moved by the final revelation — because none of the characters seemed like real, three-dimensional people.

Bernadette@Reactions to Reading: Ultimately I found this book more of a gothic melodrama than anything else and I guess I’m just not romantic enough to have been sucked into its orbit. I’ll acknowledge that it did create an atmosphere of sorts but for me there was no real substance to it and I grew quickly tired of the contrivances of the plot. My personal recommendation for a thoughtful and intriguing work of Japanese crime fiction would be Shuichi Yoshida’s Villain. 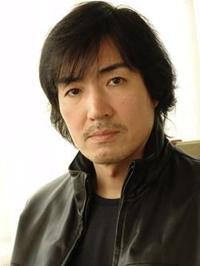 Keigo Higashino (東野 圭吾, born February 4, 1958) is a Japanese author chiefly known for his mystery novels.Born in Osaka, he started writing novels while still working as an engineer at Nippon Denso Co. (presently DENSO). He won the Edogawa Rampo Award, which is awarded annually to the finest mystery work, in 1985 for the novel Hōkago (After School) at age 27. Subsequently, he quit his job and started a career as a writer in Tokyo.

In 1999, he won the Mystery Writers of Japan Award for the novel Himitsu (The Secret), which was translated into English by Kerim Yasar and published by Vertical Inc. under the title of Naoko in 2004. In 2006, he won the 134th Naoki Prize for Yōgisha X no Kenshin (The Devotion of Suspect X). His novels had been nominated five times before winning with this novel. The novel also won the 6th Honkaku Mystery Grand Prize. He writes not only mystery novels but also essays and story books for children.

A bookaholic that went out of control.... I eat, sleep and breathe books. Well, lately I do other stuff.
View all posts by JoV »
« Sarah Thornhill by Kate Grenville
A letter to Neil Gaiman (with regards to American Gods) »

28 thoughts on “The Devotion of Suspect X by Keigo Higashino”