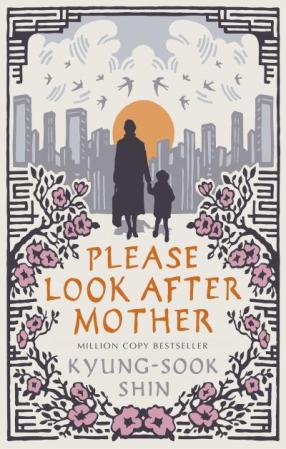 If you are an Far Eastern Asian in your mid 40’s you are likely to have a mother which is less literate, who may have gone through many years of sacrifice bringing up her children, very superstitious and may practice ancestral rites to wade off evil so as not to incur God’s wrath on the family. Her children refer her as simply “Mother”. This Far Eastern Asian mother loves her children but will always favour her eldest son more than her daughters. Despite life is better in the contemporary times, this mother, will scrimp and save still to conserve energy and sustenance so that her resources can be stretched. The children may not understand why their mothers refused to sit back and enjoy herself but Far Eastern Asian mothers are not known to enjoy or pamper herself neither does she understand what “me-time” means, because her raison d’etre for most of her life was her family. She lives mostly in the kitchen cooking one meal after another, she doesn’t necessarily like it but she does it anyway. She is camera-shy. She is humble but not without pride. She hides her illnesses for not worrying her family. Sometimes she may be quick to criticise and harsh in her demands, her children will obey, some not, because it is a filial duty to respect your parents.

This is what the book is all about. It is about a mother named So-nyo, who followed her husband from behind but couldn’t make it pass the door of the underground train and vanishes in the metropolitan “maze” of Seoul. It follows a scene where the siblings erupt into a fight and blame one another for the mother’s disappearance. Each chapter then follows contains a voice of each sibling and most notably the husband, and then the missing mother’s followed by an epilogue.

Paradoxically invisible until absence makes others imagine the life of their mothers, we saw the formation of the mother and wife So-nyo from those who grew up and took her for granted.

The eldest son is, Hyong-Chol, suffused with guilt at having achieved her Mother’s wishes to become a lawyer, instead he became a real estate agent. The daughter, Chi-Hon, increasingly sophisticated with age, is a writer and is irritated by her mother’s superstition and stubborness, and then regrets the distance between mother and daughter. Father, too, has the biggest reason for despair – he didn’t help Mother as she spiralled into illness, both physical and mental, and he became increasingly more self-indulgent, intolerant of his wife. Serve that husband / Father right for a guilt trip of a lifetime for walking too far in front and not caring about what’s behind his back!

You walked in front of your wife your entire life. Sometimes you would turn a corner without even looking back. When your wife called you from far behind, you would grumble at her, asking her why she was walking so slowly. And so 50 years passed. When you waited fro her, she stopped next to you, her cheeks reddened, saying with a smile, “I still wish you’d go a little slower.” You assumed that was how you would live out the rest of your days. But since that day in Seoul Station when you left on the train, that day when she was only a few steps behind you, your wife hasn’t come to you. – page 152

For the first time, the husband and children wonder who is mother, what is her childhood like? Did any of them really know her? Did they realise that she had been illiterate? Could they even remember the colour of the sandals she wore around her septic toe? The family strains and became guilt-ridden under these revelations, both introspective and narrative. There are sightings of a disoriented figure in blue plastic sandals eating out of restaurant dustbins, yet she slips out of the narrative as obliquely as she absents herself from family portraits. Yet, the children haven’t come close to locating their missing mother.

How little they cherished Mother when she was the rock of the family and how much they took her for granted when she is there and miss her when she is not there. The little tragedies of life come to roost, and – may I warn you that, unlike in most redemptive fiction – there are no easy answer in this tender and tragic tale, which is one it gave the most impact to readers who read it and felt the same loss the characters have felt.

The quibble I have is the use of the second- and third-person viewpoints. I lost the plot when too many “You’s” are being used, not exactly sure whose voice it is.

If she wanted to read it that badly, she should have asked me to read it to her.  You rub your dry, rough face with your hands. If your wife had asked you to read her the novel, would you have read it to her? Before she went missing, you spent your days without thinking about her. When you did think about her, it was to ask her to do something, or to blame her or ignore her. Habit can be a frightening thing. You spoke politely with others, but your words turned sullen towards your wife. Sometimes you even swore at her. You acted as if it has been decreed that you couldn’t speak politely to your wife. That’s what you did. – page 131

Some blame the novel for its clumsy and unnatural sentence structure. I don’t think it is the translator’s fault as the translator should stay true to the original text, adding any flowery and powdery touch-up may dilute the authenticity of the author’s text. However, as the pages run with the word you and you and you, it can get wearisome and I was hoping when it will end so that the story could be told in a more natural first or third narrative. Also it can become too melodrama, I know some people falls for melodrama and I can vouch that a lot of the Far Eastern movies and books tend to lean towards tragic melodramatic theatrical plot. A good movie is a sad movie, that kind of assumption. So it doesn’t work for me in this aspect, so in that sense I would agree that the novel borderlined as cliché. I’m beyond melodrama and want my novels to be more factual, calm, cerebral and thought provoking.

Well, that’s me but what other people think about the novel?

Kyung-Sook Shin’s tale surely hit a nerve and went on to win the Man Asian literary prize 2012 (not sure if Chang Rae-Lee being a judge this year contributes to the win) and selling more than 2 million copies inSouth Korea. So she must have done something right. It is good news because many who loves it has great affection or memories of their mothers and their mothers probably fits the mould of the description in the novel. It certainly taps the universal tendency to take one’s mother for granted, it illuminates a mother’s sacrifice, a wife who never receives love from her husband, a woman who gave up her own dream to fulfil the dreams of her children. As the relationship of my mother and I are far from being friends, I didn’t find this novel as tear jerking as many would but I endorse the book’s plea to treat our mother a little better and give her the credits and love that she deserves. If readers of the novel then decide to take their mothers out for a good meal and have her around more often, then I would say this book has made some wins into fortifying good social and family values.

It is my first Korean novel and I sort of like it.

Mother would cook and bring out the food and wash the dishes and clean and hang damps rags to dry. Mother took care of repairing the gate and the roof and the porch. Instead of helping her do the work that she did non-stop, even you thought of it as natural, and took it for granted that this was her job. Sometimes, as your brother pointed out, you thought of her life as disappointing – even though Mother, despite never having been well off, tried so hard to give you the best of everything….. – page 253 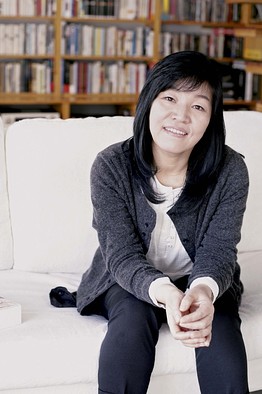 Shin Kyung-sook (born 12 January 1963) (Hangul: 신경숙) is a South Korean writer. She is the first Korean and first woman to win the Man Asian Literary Prize in 2012 for Please Look After Mother.

Shin Kyung-sook was born in 1963 in a village near Jeongeup in Jeolla Province in southern Korea. She was the fourth child and oldest daughter of six. Her parents were farmers who could not afford to send her to high school, so at sixteen she moved to Seoul, where her older brother lived. She worked in an electronics plant while attending night school. She made her literary debut in 1985 with the novella Winter’s Fable after graduating from the Seoul Institute of the Arts as a creative writing major. Shin is, along with Kim In-suk and Gong Ji-young, one of the group of female writers from the so-called 386 Generation.

She won the Munye Joongang New Author Prize for her novella, Winter Fables. Shin has won a wide variety of literary prizes including the Today’s Young Artist Award from the Korean Ministry of Culture, Sports and Tourism, Hankook Ilbo Literature Prize, Hyundae Literary Award, Manhae Literature Prize, Dong-in Literary Award, Yi Sang Literary Award, and the Oh Yeongsu Literature Prize. In 2009, the French translation of her work, A Lone Room (La Chambre Solitaire) was one of the winners of the Prix de l’Inapercu, which recognizes excellent literary works which have not yet reached a wide audience. The international rights to the million-copy bestseller Please Look After Mother were sold in 23 countries including the United States and various countries in Europe and Asia, beginning with China and has been translated into English by Kim Chi-young and released on March 31, 2011.

A bookaholic that went out of control.... I eat, sleep and breathe books. Well, lately I do other stuff.
View all posts by JoV »
« The Color Purple by Alice Walker
Chamonix-Geneva-Berlin »

19 thoughts on “Please Look After Mother by Kyung-Sook Shin”