Yes! Here we are almost at the end of September and at end of part 2 in A Suitable Boy epic. I am reading this together with Sam, Aths. and Ana. Part 2 was a breeze for me as I finished the book within 3 days while on holiday and I find it much, much better than part 1. I’m wondering if giving the book full attention without the daily demands of work and home contributes to the heightened delight of reading this part but it sure helps!

Part 2 opens with Maan Kapoor, the son of the revenue minister, is exiled to the countryside with his Urdu teacher, Rasheed, in Maan’s parents hope that he forgets about the courtesan Saada Baei. He spent his days laying about and following Rasheed around the village. From book 1 we read that The Zamindari Act is passed and the hereditary land owners would lose their lands. It complicates matter as the act was enforced by Maan’s father which affected the Khan’s family who owned a big estate on the land (the Baitar fort) and will lose the estate if the challenge of the act is unsuccessful in the high court. Maan’s idle days in the village allows a closer look at the lives of peasants and the community that this act will impact. I enjoy reading about the welcome that the villagers extend to Maan and because he is seen as an outsider, the villages confide in him. Maan being a city boy and Rasheed a country boy, different they may seem do share a similarity: “By doing nothing – or worse than nothing – I’ve managed to displease my father,’ said Maan to Rasheed as they sat talking under the neem one day. ‘And by doing something – or better than something – you’ve managed to displease yours.” proves to show that all fathers carry high hopes for their sons and many fail to meet the expectations. 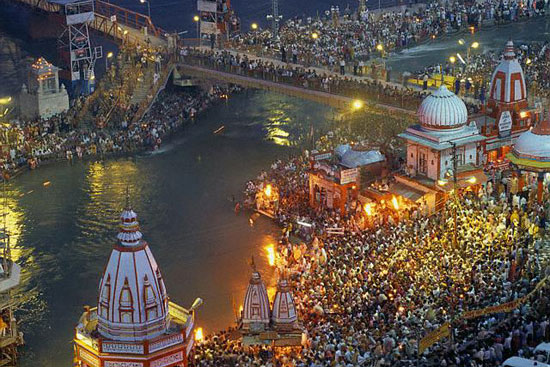 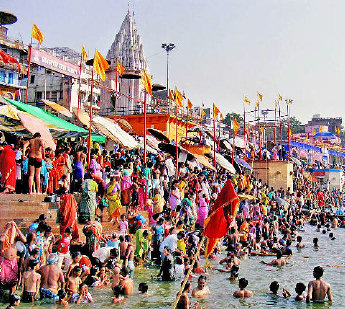 Then came the thrilling part of what I have read so far… the Ganga Dussehra festival. The Ganga Dussehra festival commemorates the day when the Ganga came out of Janu’s ear and fell to the ground, and it has been celebrated over since. In this hugely celebrated festival, family members of the Kapoors and the Chatterjis (Dipankar who wants to abandon his secular life and live a spiritual one) attend the festivals which ended in horror of carnage and stampede with thousands trampled to death. Maan Kapoor’s nephew, Bhaskar was unfortunate to be caught in the stampede…. it was heart palpitating to read this thrilling part of the novel. Seth narration of the series of events leading to the carnage and the political protest that follows was absolutely brilliant.

‘I decided to come suddenly. It’s Lata,’ said Mrs Rupa Mehra in a rush. ‘I want you to find her a boy at once. A suitable boy. She is getting involved with unsuitable boys, and I cannot have that.’ – page 548

So it begins with Mrs Rupa Mehra plead for Kalpana’s help that she introduces Lata to Haresh. Haresh is a man from humble beginnings and obtain his certification of shoes and brogues designing from Midland technical college from England. Haresh is a very ambitious and motivated young man but has problem at work. He sought work with his company’s competitor and got a job offer. However, the competitor was warned by Haresh’s employer from employing him and with dignity (“I’d rather starve than cringe”) Haresh left his job. For fear of his loss of prospect in asking Lata’s hands he applied for many jobs, subject to multiple humiliations and tests. I read Haresh’s story and letters to Lata with anticipation. Kabir, Lata’s first love, is closing in by starring in the same play (the Twelfth night) with Lata, he also save a family member of Lata from death; Amit Chatterji is finally sending a copy of his poem book to Lata, in it he wrote a series of 4-sentence block poems with mystifying meanings, only for Lata to see that each block has Lata’s name built into the structure of the poem. These three candidates are closing in but I am rooting for Haresh to win. I know Lata is put off by Haresh’s less refined manners and flashy suits and shoes and also his affections towards his ex-girlfriend but that can be easily adjusted wouldn’t it? If it is confirmed by Lata in her letter to Haresh to say this:

“I like to see men with ambition like you – you should make good. It is also refreshing to meet a man who doesn’t smoke – I can assure you I admire it – because I think it requires a lot of character. I liked you because you were frank and clear in all your statements – so different from the young men one generally meets in Calcultta – so polished, so charming, yet so insincere. Your sincerity is refreshing.” – page 901

What are you waiting for Lata? Choose Haresh!

In part 2, I learned a lot more about the Indian culture. The procedure of the Ganga Dussehra was described in detail. I learned that you never name your new born child after a living relative and some family do not call the eldest child by name but by a nick name. The historical and political setting were also real and googling up  about the Zamindar I learned about the history of these landlords. Some of the names of these landlords are raja, Nawab as Firoz Khan’s father is named, I also know a few Mirzas (Prince) and Chowdhurys in England. I also learned about the various names in the Hindu caste: Brahmin (the highest, priestly and philosopher caste), Khatri (which Haresh belongs, similar to Lata, famous as merchants and trades) and Kayastha (the administrator caste).

Part 2 ends with the Chatterji’s sister paying a visit to Pran who is poorly and visiting Savita, Pran’s wife, who is having a child. There will be a big scandal potentially brewing in the Chatterji’s household.

So the search for suitable boy has taken Mrs Rupa Mehra and Lata 1892km across the Indian continent, Bhrampur to Kanpur to Calcutta (Kolkata). At which city will Lata finally find her suitable boy? 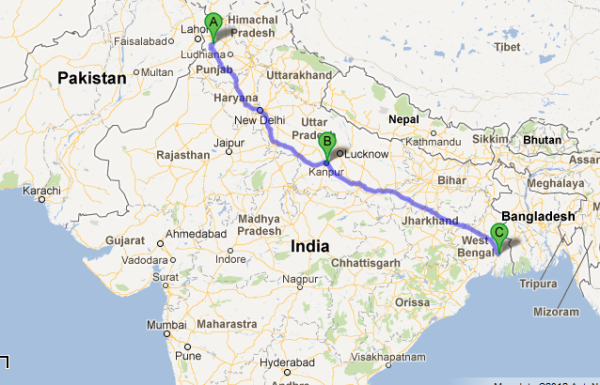 A bookaholic that went out of control.... I eat, sleep and breathe books. Well, lately I do other stuff.
View all posts by JoV »
« Travel photos – Agadir beach scenes
The Shadow of the Sun (My African Life) by Ryszard Kapuściński »