The Shadow of the Sun (My African Life) by Ryszard Kapuściński 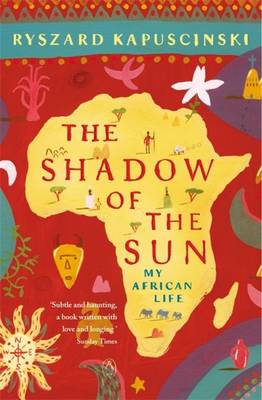 I love reading travel books and have often wonder if there is a book that could write about the whole continent. A diverse continent like Africa. I’m glad to say I found one, it’s this book.

Kapuściński has been visiting Africa as a journalist since 1957 right before Africa is swept with a wave of revolution from its colonial masters. Kapuściński has witnessed many wars and conflicts and heralded to be quite an expert on it. This book is a collection of his essays, reportage and history lectures about Africa, mostly central Africa. He has avoided official routes and chosen to travelled off unbeaten tracks coming face to face with roadblock bullies, gunmen, witches, peasants, villains and heroes in Ghana, Nigeria, Uganda, Tanzania, Ethiopia.

What amazes me is the ability of Kapuściński to describe the psyche of Africa. A keen eye of humanity observation, Kapuściński provides examples that are so appropriate that allows readers to grasp in its entirety how people live in Africa. Say if you go to a village where a meeting is scheduled to meet but find no one at appointed spot, instead of complaining, Kapuściński reason from the natives’ viewpoint. You see, asking, “When will the meeting take place?” makes no sense. You know the answer: “It will take place when people come.”

But why is that so?

because Africans believe that a mysterious energy circulates through the world, ebbing and flowing, and if it draws near and fills us up, it will give us the strength to set time into motion – something will start to happen. Until this occurs, however, one must wait; any other behaviour is delusional and quixotic. (page 17) Poetic isn’t it? Makes you see unacceptable behaviour with a new pair of eyes. That’s what Kapuściński does on some of the weird things he encountered. Kapuściński never comes across as a man with preconceived notions about a particular people or place. He doesn’t complain, he doesn’t judge, in fact he was willing to suffer so that he could remain in Africa. Kapuściński contracted Malaria. He can’t go to hospital because he hasn’t got the exorbitant fund to pay for medical care in Africa, so he plead for Doyle the Irish doctor for help. “Then you have to go home” Doyle said. Kapuściński said he can’t go home because this stay in Africa was the chance of a lifetime for him. Such appointment was the first of its kind in Poland. Poland has never before had a permanent correspondent in Sub-Saharan Africa. Such is the risk Kapuściński is willing to take to risk his life to remain in Africa. I am at awe of the man.

I read this under the sun holidaying in Morocco and although there are parts which are harrowing, I found the book to be an absorbing read.

Kapuściński threw in danger, humour, history lessons, cultural lessons, personal reflections, poetry, biography of African leaders, war and conflict into cauldron and churn out this…, this magnificent book. I can’t begin to tell you in one word how enlighten I am by this book. I now understand why and how the world headlines on conflicts are all about. I understand the events leading to Rwanda genocide, I know the history of the Sudanese war and the anatomy of Nigeria 1966 Coup D’etat, the influence of Arab government in Zanzibar, I know a bit more about Liberia history and also the way of life of the Tuareg and people of Eritrea. I learned so many things from this book. The political landscape of Africa is always shifting. People are always shifting, migrating from one place to another looking for food, the desert is always shifting, Africa is a place where nothing is wholly defined or confined to one meaning.

..for the great famine is was result not of a shortage, but of inhumane relations. – page 133 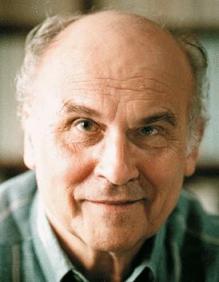 Ryszard Kapuściński was born in Poland in 1932, and studied history and Polish language and literature at the University of Warsaw. As a foreign correspondent for PAPA, the Polish News Agency, until 1981, he was an eyewitness to revolutions and civil wars in Africa, Asia and Latin America, experiences that have made him one of the foremost writers on crises in the modern world.

There are some less flattery reports on Kapuściński. Barely three months after Kapuściński’s death, in its issue of May 20, 2007, the Polish edition of Newsweek magazine revealed that Kapuściński worked for the Communist Polish secret service from 1965 to 1972 or 1977, and that he had reported on several of his colleagues.

In an article in Slate Magazine, writer jack Shafer decried the general belief that Kapuściński was a genius, calling him a fabulist who did not adhere to the basic rules of journalism. As part of his criticism, Shafer cited a compendium of Kapuściński’s misinformation and exaggeration by the anthropology professor John Ryle. His condemnation was rebutted by Meghan O’Rourke in Slate five days later; O’Rourke contended that Kapuściński’s invention of petty details to reveal a larger truth did not make him a bad journalist.

Despite the controversy surrounding Kapuściński, he won almost journalist honours and awards around the world in different countries. See wikipedia for the full list.

A bookaholic that went out of control.... I eat, sleep and breathe books. Well, lately I do other stuff.
View all posts by JoV »
« A Suitable Boy : Part 2
The Loving Spirit by Daphne Du Maurier »