Out by Natsuo Kirino

Phew, I finally finished reading this. The book cover is so provocative that I have to wrap it up with a cloth cover when I am on the train.

Gosh, what can I say about this book?

It’s nothing like what I have read before. Entertaining? Quite. Plotting? Excellent. Thrilling? Towards the end. Horrifying? Yes. Sick? Definitely!

In the suburbs of Tokyo, there are four women who work the same assembly line in the factory. Day after day they worked the graveyard shift packing boxed-lunch. Masako Katori, 43, the leader of the line is a housewife with husband and son, Nobuki, who all lived a silent and separate life from each other. Yoshie Azuma (nicknamed Skipper), works the night shift and get home during the day to take care of her bedridden mother-in-law. She has two other daughters. Kuniko Jonouchi is a spendthrift, incur piles of debts and the less intelligent of the lot. Yayoi Yamamoto, a pretty young mother, has two little children and a husband who is a gambler, two-timer and violent.

May contain spoilers (the blurb spoil it too, so don’t read it)!

One day, Yayoi went berserk and strangled her husband Kenji then confesses her crime to Masako. For reasons I will never comprehend, Masako agrees to assist her friend and sought the help of the other, Yoshie and Kuniko to dismember and dispose of the body in various part of Tokyo, most notably Koganei Park. Kuniko was careless and disposed several bags of body parts in the park, where it was found by the public and identified by the police.

Can you imagine throwing something you want to hide in this park? photo credit  (Koganei Park in Spring)

The police begins their investigation and it led to the owner of the Casino, Mitsuyoshi Satake, where Kenji, the victim had a brawl the night before for stalking the top girl Anna in the club. Anna happens to be Satake’s favourite.

The women soon found out that their greatest fear is not the police but a yakuza connected Jumonji is out to uncover their secrets and a ruthless night club owner whom the police are convinced of the murder is out to hunt the women down, one by one.

The truth is I wasn’t impressed with these four women to begin with. One killed her husband, one initiated to help, one got involved involuntarily, the other one was dragged into disposing the body parts. There are 4 people involved, the parts are scattered everywhere and they expect everyone to keep quiet about this??!! Not only have they agreed in doing the dirty job, they involved too many people, asked a stranger to keep their millions and left trails of evidence for the bloodhounds to sniff it out. And then they turn this dirty job into a business and profit from it. Whoa, I just thought this is going too far. Am I supposed to take this novel seriously or just a quirky one?

Besides the four women, Kirino introduces a cast of extras whose life stories were just as tragic and sad as the four women. Kazuo Miyamori is a half Japanese, half Brazilian who works in the factory. Anna the girl who works in nightclub and fell in love with Satake. Kirino painstakingly paint a vivid portrait of all these characters, the men are despicable and sleazy, the women miserable and dim. Besides rolling my eyes lamenting how stupid some of these women are, I was genuinely touched by the helpless situation that Kirino manage to portray the women to be in. Heart-wrenching.

They called her Skipper, and she did, in fact, run the line. The role kept her going, helped her survive the dreary work; it was her one source of pride. But the painful truth was that there was no one to help her. Instead, all she had was her pride, goading her to keep working no matter how hard it was. Yoshie had wrapped up everything personal that mattered in a tight package and stored it away somewhere far out of sight, and in its place she had developed a single obsession: diligence. – page 28

As she shuffled along, it occurred to her that, for better or worse, it was Kenji who had provided her life with a direction: Kenji’s moods, Kenji’s health, Kenji’s salary. She found herself wanting to laugh. After all, she was the one who had tossed the rudder overboard. – page 457

At 520 pages, this book is too long to be any thrilling. I strongly suggest that you take your time to read this. Don’t feel as if you need to rush this and find out what happens next. I didn’t like the first half of the book, perhaps being too slow and the motive were a little unbelievable. However, the final quarter of the book redeemed itself. One thing for sure these women’s situation are very, very sad. You will root for them not to get caught by the crime they have committed.

You have to read this. This is like nothing I ever read before. Warped feminism. Gory scene, rape scene, torture scene, this book is a product of a sick mind. It will make you sit up and take notice, the graphic scenes will haunt you in your sleep and it will make you think. It makes Jo Nesbo and Henning Mankell look tame.

Not for the faint hearted.

Although I am one day late, I’m slotting this in for both of these reading challenges. 😉 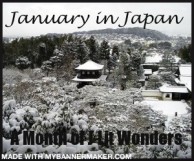 Everyone else seems to read this a long time ago. I am glad I read this book. Let me know if you reviewed it. Other views:

Jackie@Farmlane Blog: It is really hard to convey just how good this book is. It isn’t just that it is a cleverly plotted, perfectly paced book which is packed with complex characters and boasts a perfect ending.

Judith: The book is written from different people’s perspectives. I liked it how a few other characters seeped into the story, starting as not important at all, but taking a more and more central role the further in the story I got.

Reaction to reading and Bookie mee.

Read an interview with Natsuo Kirino about the book here.

Natsuo Kirino (桐野 夏生 born October 7, 1951 in Kanazawa, Ishikawa Prefecture) is a Japanese novelist and a leading figure in the recent boom of female writers of Japanese detective fiction.

A prolific writer, she is most famous for her 1997 novel, Out, which received the Mystery Writers of Japan Award, Japan’s top mystery award, and was a finalist (in English translation) for the 2004 Edgar Award. In addition, Kirino received the 1993 Edogawa Rampo Award for mystery fiction for her debut novel, Kao ni furikakeru ame (Rain Falling on My Face), and the 1999 Naoki Prize for her novel Yawarakana hoho [Soft Cheeks]. So far, three of her novels (Out, Grotesque and Real World ) have been translated into English. A fourth novel, What Remains, a violent tale of childhood abuse and sexual degradation, enjoyed a considerable readership in Japan; Kirino, however, has expressed doubts that it will do as well in the U.S. market. Kirino also has written an installment in the Canongate Myth Series (concerning the myth of Izanagi and Izanami) published in 2009.

A further novel, In is scheduled for publication in 2013.

A Japanese film adaptation of Out, directed by Hideyuki Hirayama, was released in 2002 to generally tepid reviews. According to Variety (on-line edition), New Line Cinema has purchased the rights for an American version, to be directed by Hideo Nakata (Ring, Ring 2)

A bookaholic that went out of control.... I eat, sleep and breathe books. Well, lately I do other stuff.
View all posts by JoV »
« The Lake by Banana Yoshimoto
Barcelona! It was the first time that we met …. »

24 thoughts on “Out by Natsuo Kirino”