Into the Darkest Corner by Elizabeth Haynes 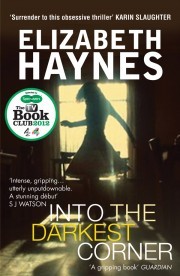 It has been 15 days since I last wrote a review. How is everyone doing?

Yes, I read the book.

I manage to miss the hype in 2011 when this book is making waves in the publishing world. Heralded as Amazon Best Book of the Year 2011and going for £0.99, I had to read it…

And it was the most creepiest, tense and disturbing book I have ever read in my life! (Perhaps partly I have refused to read Stephen King’s all these years! Into the Darkest Corner though, is not a horror story, it is a novel about domestic violence).

Catherine of 2001 has been enjoying single life for long enough to know a good catch when she sees one. A confident and a good time girl, Catherine fell for the gorgeous, charismatic and spontaneous Lee who seems almost too perfect to be true. But then things started to get creepy…. Lee follows Catherine around, he checks on her unexpectedly, he comes into Catherine’s apartment and move things around……. Driven into the darkest corner of her world, Catherine must escape. The 2007 and 2001 time lapse gradually close in and it was four years later, struggling to overcome her demons, Catherine of 2007 is trying to pick up the pieces and lives a normal life. With the help of her neighbour, a psychologist named Stuart, who unsurprisingly fell for Catherine, encourages her to seek help and recover from her trauma.

This “thriller” started off with a courtroom dialogue of Lee Brightman as the defendant and a body of a woman thrown into the ditch. I was puzzled all the way up till the middle of the book and wonder what would the author be thinking?? to disclose the outcome and the courtroom drama so early in the novel. Despite knowing that Lee was the bad guy and capable of doing something really atrocious and horrible, reading about what he did still gives me the creeps…. And I pride myself by saying I can stomach a lot of gruesome scenes on crime thrillers but the subject of domestic violence and disempowered women is one that I find it hard and difficult to read.

Catherine, before she knows Lee, was a vivacious and outgoing girl and her descent into a woman with OCD and PTS was tragic. While I sympathise with Catherine but for the best first part of the novel I was slightly bored. There are endless pages of writing about latter day Catherine with OCD who kept questioning herself whether she locked her door? And checking and checking again just to make sure that she did…. was very exhausting even for me as a reader.

Reading about the former vivacious Catherine feels like reading a chick lit as Catherine and friends can’t stop talking about men and trivial things about what she should wear and whether Lee will call or not call her again etc etc… I was bored to be honest… On top of that, I didn’t like the ending. It is too tidy and anti-climax. Haynes wrote actions like narrating a textbook, I am not sure if anyone noticed, but I was put-off by it.

But then as I got to the middle of the book, I began to understand those boring details in some ways are building up a lot of context for the eventual twists that gripped me by the throat and the readers, including myself feel as if I am being stalked and watched by someone sinister. It is enough to make me squirmed and have goosebumps on my skin.

I’d always thought that women who stayed in abusive relationships must be foolish. After all, there had to be a moment, a realisation that things had taken a wrong turn and you were suddenly afraid to be with your partner – and surely that was the moment to leave. Walk away and don’t look back, I always thought. Why would you stay?

The quality of writing? Not as good or at par with even translated thrillers.

The suspense? It is a slow burner but it is enough to give you the creeps.

The after effect of reading the novel? HUGE effect. You may spend that night checking your doors and feeling edgy about everything. I was disturbed and graphical scenes of violence stay etched in my mind.

An outstanding debut that detailed the transition of a happy woman into a wreck, it feels more than a fiction. This could be real. Read with caution. 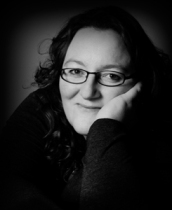 Elizabeth Haynes is a British writer of crime fiction. Elizabeth Haynes grew up in Seaford, East Sussex, and studied English, German and Art History at Leicester University. Her writing is partly inspired by her work as a police intelligence analyst in Kent.

Elizabeth Haynes won the Amazon UK 2011 Rising Stars award and Into the Darkest Corner was Amazon UK’s Book of the Year for 2011.

I thought the book could potentially be made into a very good big screen thriller.

A bookaholic that went out of control.... I eat, sleep and breathe books. Well, lately I do other stuff.
View all posts by JoV »
« The Liars’ Gospel by Naomi Alderman
The Edge of Heaven (2007) »

3 thoughts on “Into the Darkest Corner by Elizabeth Haynes”