This is the challenge I have signed up for 2013. Trying to keep it minimal after the stress I experienced last year! 🙂

January in Japan (only for January 2013)

Maphead has taken over Helen to host the next Middle East challenge. As I will be visiting Jerusalem and Jordan in the coming months I may as well sign up to this challenge! Hope to sign-up to Diplomat level of 5 books. 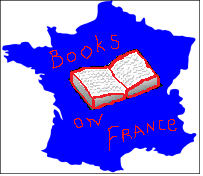 It is rather embarrassing that I haven’t read any classics in French language before. So I am targetting level 1, “un peu” = 3 books (one per quarter for instance), elevate to level 2, “beaucoup”= 6 books if there is appetite for more, to include some classics that Hollywood have decided to adapt them to big screen recently.

It was the button that made me want to join in to this challenge! I will be targeting “Victorian reader” level at 5 books.

and great many classic books I will be reading from my : A Five Year Challenge: The Classic Club challenge.

For the 4th year in a row I am participating in J-Lit Challenge 7. I will be reading:

Yes, for the next 5 years I will be reading from these 50 classics. I hope I wouldn’t take that long to finish all of them!