It’s been too long…

How are you getting on? The last time I posted a review was April. Work, house hunting and battling with summer allergies have taken a good chunk of my time and a toll of me. It’s been three months I haven’t posted anything. Time really flies…

I am still reading, in my own snail pace. Some books I like to talk about it a little bit more, some I don’t. Here are some of the books I read. 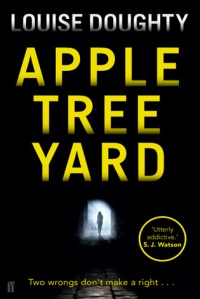 Dr Yvonne Carmichael is a geneticist so eminent in her field that she is invited to speak at parliamentary select committees, which is where her trouble begins. “DNA made me and DNA undid me,” she says at the start of her trial. At 52, she has a nice house, a long marriage to Guy, also a scientist, and two children. Though this seemingly ordered life is not as neat as it appears on the surface, it has held together through the storms of her husband’s infidelity and her son’s mental illness. She met a stranger at Whitehall one day, a security consultant. From the moment she surrenders to the thrill of that desire, her life begins to slip out of her control.

Yvonne narrates her story the most heart breaking manner that from the first page onwards I was drawn by her eloquent, honest and helpless voice. The chapters switches from the trial to the events that brought her there. She addresses her story to her lover, whom she has deduced is a spy, mostly through an inner monologue but sometimes through letters, written on her computer in the dead of night but never sent, as if she needs to confirm the truth of what has happened to them both by reminding herself of the intimate details. The event soon spiralled into a murder and a courtroom drama which neither Carmichael nor the spy lover could free themselves off.

Doughty controls the progress of this narrative beautifully, parsing out information with tantalising hints at what is to come, so that we are almost halfway through the book before we learn about Yvonne’s and her lover’s names and whose murder Yvonne is accused of, and why. Apple Tree Yard is a chilling novel, not just haunting (even after I red this 4 months ago) but in part because of the unsparing light it shines on our ability to deceive ourselves. I am grateful that I found Louise Doughty, as I found this novel to be most compelling and thought provoking. 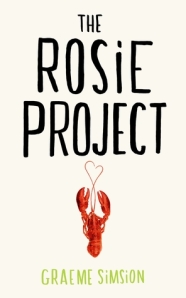 Soon after Apple Tree Yard, I thought I should read something light hence I pick up this one. Little did I know it’s again about a geneticist, this time an autistic one who is out to find love. Don Tillman is a professor of genetics. Despite being a smart, fit, wealthy 39-year-old, he’s had little luck in love. Don hits on the idea of “The Wife Project”: a strict, 16-page questionnaire to find the perfect woman by systematically eliminating non-suitable partners. (“The vegans, the sports watchers, the creationists, the smokers, the scientifically illiterate, the homeopaths …”) Into his life bursts a young woman named Rosie, who works in a bar, smokes and has daddy issues; “the world’s most incompatible woman,” he decides. Yet somehow Don finds himself embarking on a new project: to help find her biological father with secretive DNA testing. And, not so surprising, he finds that life and love don’t always adhere to best-laid scientific protocols.

I am not the rom-com sort of girl, so the only thing I find interesting in this book was to have a glimpse into how an autistic mind works. Don’s lists are my favourite. Other than that, good luck with Rosie for putting up with Don and let’s hope there is no sequel to this. 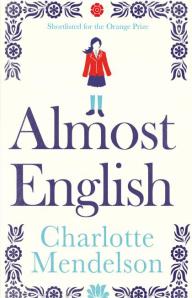 Almost English, the story of a part Hungarian school-girl trying to find her place, is the second Women’s Prize Longlisted books I read. In part, one of my fondest memory was a holiday in Budapest so I have decided to read this.

Home is a foreign country: they do things differently there. In a tiny flat in West London, sixteen-year-old Marina lives with her emotionally delicate mother, Laura, and three ancient Hungarian relatives. Imprisoned by her family’s crushing expectations and their fierce unEnglish pride, by their strange traditions and stranger foods, she knows she must escape. But the place she runs to makes her feel even more of an outsider.

At Combe Abbey, a traditional English public school for which her family have sacrificed everything, she realises she has made a terrible mistake. She is the awkward half-foreign girl who doesn’t know how to fit in, flirt or even be. And as a semi-Hungarian Londoner, who is she? In the meantime, her mother Laura, an alien in this strange universe, has her own painful secrets to deal with, especially the return of the last man she’d expect back in her life. She isn’t noticing that, at Combe Abbey, things are starting to go terribly wrong.

Besides the painful awkward experience of a girl born to immigrant parents which I can empathise with, I find the end of the novel a little inane and lack of purpose. My feeling sums up very closely with Sam Tiny Library’s Review. 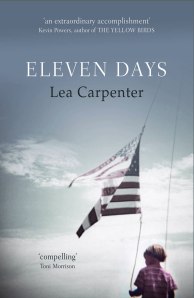 Soon  after Almost English, I finished up Burial Rites and The Lowland for the Women’s Prize shortlist and then thought I should finish up the half of Eleven Days that I left unfinished. I picked Eleven Days up because it alludes to a Navy SEAL officer who is involved in a mission to take down the most wanted man on earth.

The novel begins in May 2011, Sara’s son, Jason has been missing for 9 days in the aftermath of a Special Operations Forces mission. Jason’s fellow soldiers delivered the news, the press corps are camped outside her house but the news about her son’s whereabouts is scarce.

In a series of flashback, we learn about Jason’s absent father. Sara, comes to work at the CIA as a general go-fer, making coffee and running errands, where she meets David at a conference. While thirty years her elder, he is attractive and engaging. She becomes pregnant and Jason is born. David continues in and out of their life, always a distant and mysterious figure coming to visit for brief stays before leaving for jobs and places he cannot talk about. When he is reported killed, she moves to Pennsylvania while still continuing to work for the agency. She devotes her life to raising her son Jason and living quietly in seclusion while she writes, runs, and gardens. She is cared for by a number of men in the agency who become Jason’s godfathers, helping to look after him, to point him towards Ivy League universities and a possible career in government service as he develops as both a fine athlete and student. Eventually, he determines to follow a life of service by attending the Naval Academy and, upon graduation, opting for training as a SEAL, a special services designation growing from World War II’s underwater demolition teams. (There are plenty acronyms and an extensive glossary explaining these which I can’t remember anyway!) Having chosen his direction in life at least partly out a desire to discover his father. Jason narrates his experience in the navy through his letters to Sara. I read with interest of the brutal special-ops training and the talent and strength that great soldiers possess. All very convincing as the author Carpentar displayed her research in a lengthy bibliography at the back of the novel. Will Jason make it out alive?

When people talk about war novels, it conjure images of violence, massacres, cruelty and other horrible images that make your stomach churned. I was pleasantly surprised with how moved I am by this novel despite the incredulous revelation of Jason’s father fate which almost made me want to fling the book away. Lea Carpenter is an author to watch.

The unnamed narrator is one of three German soldiers. In a bitter Polish winter they hunt down a Jewish man. Their prey has gone to ground inside a hole hidden in a forest, but the fires he lights give him away. His captors are taking him away to be shot, when they chance upon an abandoned cottage and decide to stop to eat.

Everyone is half-starved and food becomes the heart of the narrative. The soldiers smash furniture and fittings for firewood. They begin to make soup from simple ingredients, cornmeal and salami prominent among them, to consume with their meagre ration of bread. Their actions become imbued with ritual overtones.

Then a Pole seeks shelter from the snow. Tension rises as he harangues the Jew with vituperative anti-Semitism.The soldiers themselves are sick of killing. They volunteered to hunt Jews, because then it falls to others to shoot them back at the camp. The trio are haunted by nightmares which they can never shake off. Part of the horror of their predicament is not knowing when it is to end.

I don’t think I was in the right mood or right frame of mind to appreciate what this book was trying to convey. I found it a little abstract and meandering despite this being a short book that I couldn’t quite put an anchor on the central theme nor the message that comes out from it.

Here are five of my short reviews. A few more reviews may or may not come up. I don’t think it matters. We should all be enjoying the summer sun (provided I can get over this allergy!) and not get bogged down by reading books or book reviews. It is too hot by the way, which reminds me, I need to drink more water. 🙂

A bookaholic that went out of control.... I eat, sleep and breathe books. Well, lately I do other stuff.
View all posts by JoV »
« The Lowland by Jhumpa Lahiri
Man Booker Longlist 2014 announced »