These are the reading challenges sign-up and achieved for 2011:

I am doing this challenge because I need to read more from my own shelves this year.

The TBR challenge hosted by Roof Beam Reader impose more stringent rules, which is good for me, it says:

1. Each of these 12 books must have been on your bookshelf or “To Be Read” list forAT LEAST one full year. This means the book cannot have a publication date of 1/1/2010 or later (any book published in the year 2009 or earlier qualifies, as long as it has been on your TBR pile – I WILL be checking publication dates). Caveat: Two (2) alternates are allowed, just in case one or two of the books end up in the “can’t get through” pile.

The next twelve would be:

and other notable alternatives: 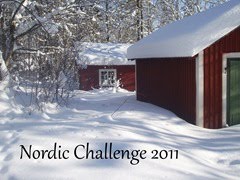 Timeline: 1 January 2011 – 31 December 2011.
Minimum of one book with No limit, past reviews accepted. Love the buttons!
This year’s reading:

– The challenge runs from January 17th to December 31st 2011.
–  Anyone who links a review up is eligible to be entered to win a book of their choice (under $15). How many reviews you link up determines how many entries you get. (International readers welcome if Book Depository ships to you).
– Anyone can join. If you don’t have a blog, you can link reviews on Goodreads or Amazon or wherever you have your reviews.
– You can join the challenge at any point throughout the year.

My achievement  for this challenge:

Two Bibliomaniacs are hosting the Books To Movies Challenge. They write:

A mere five months into 2011 and we here at Two Bibliomaniacs are already feeling restless. Not a life altering type of restlessness, but more like a stubborn rash on the back of your knee kind of irritation. While applying our metaphorical ointment, it hit us. We need another reading challenge. Nay. We need to host another reading challenge. Nay. Actually that’s it….

Introducing the 2011 BOOKS TO MOVIES CHALLENGE!!!

10. Japanese Literature Challenge 5
June 1, 2011 until January 30, 2012
11. Read a Myth Challenge
I haven’t done very well on my own challenge and so far have read only one book:
The Lion’s Honey By David Grossman