I Saw Ramallah by Mourid Barghouti 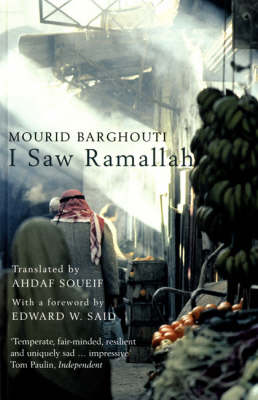 Barghouti intertwines his emotional home coming with evocative and elegiac prose of his life in exile. As he saw Ramallah and his home in Deir Ghassanah in 1996, his feelings is of mixed emotions: joy at seeing his family who are waiting for him, sadness for those who have died and who will get to tread the Palestine earth.  Friends return to his thoughts time and again: Ghassan Kanafani, the novelist; Naji Ali, the political cartoonist; his elder brother Mourid, who died in Paris in suspicious circumstances. Barghouti sees Palestine not only for himself, but for them as well. His joy at being back is tinged with guilt. Journeying through the now Occupation-scarred Ramallah, Barghouti visits his home, familiar haunts and family, keenly awares that the city he knew has changed almost beyond recognition. But he also must come to terms with the fact that his years of exile and the events of 1967 have left him permanently homeless, a naziheen, the displaced ones.

You see Barghouti is not once exiled, but twice! After Barghouti’s exile from Palestine, he lives in Egypt where he marries Radwa and has a son, Tamin. He was then forced to leave Egypt and settle—without his family—in Budapest, rendering him meeting his family only in Christmas and outside Egypt. He describes his forced travels thus: “From Baghdad to Beirut to Budapest to Amman to Cairo again. It was impossible to hold on to a particular location. If my will clashed with the will of the owner of a place, it was always my will that was exposed to breaking. I do not live in a place. I live in a time, in the components of my psyche, in a sensitivity special to me.” With no home, he is always the “outsider,” under suspicion, expendable.

We see that nothing can be carried out as planned in a reality like the reality in the film. The wounded reality, the reality of Occupation. In exile, we do not get rid of terror: it transform into a fear of terror. And because those who are thrown out of their countries are frustrated, and those who have escaped from their countries are frustrated, they cannot avoid tension and anger in their daily dealings among themselves. Their eyes are always alert to judge each other. Their warm feeling toward their people back in the homeland can only be consciously cooled down, so that a person who is naturally tender and sensitive may appear cruel. And when emotions are aroused for any reason, or even for no reason, then sadness will have its day.

Just as they have left behind a situation where things were not right, they discover that in exile too, things will not be right.

Barghouti made deep impression by his anecdotes of family reunion. They drove past a Swiss border and he presented a cocktail of passports of different nationalities and colours to the border guard. When trying to explain, the Swiss Border guard just smiled and said “I don’t want to know.” A powerful daily incident and metaphor which brought to the surface the many years of globetrotting among Palestinian family members to meet up and how disperse the Palestinian diaspora is.

In 1968, he and his family manage to meet in Amman for the first time since the 1967 war. He was working in Kuwait; his mother and youngest brother were in Ramallah; his father and another brother in Amman; his elder brother in Qatar. The dispersal was complete, and remained so: when a cousin was killed in Beirut, Barghouti describes the situation: “Mounif [his elder brother] is calling me in America from Qatar about Fahim’s martyrdom in Beirut and burial in Kuwait, and about the necessity of informing Sitti Umm ‘Ata in Deir Ghassanah and his maternal grandmother in Nablus and my mother in Jordan. Radwa [his wife] and I are confirming our tickets to return to Cairo via Rome.” Rather than a place, “home” and “family” have become extractions and ideals.

I sincerely pray that no human being should ever feel the need to be displaced. While I read many true life accounts of such nature, I think Barghouti memoir imprint a deeper sense of displacement than any of those that I had ever read. As the review of the Sunday Business Post said … “This eloquent, incisive book makes you want to quote large chunks of it… unsentimental yet intensely moving, pragmatic yet poetic, humourous yet tragic, political yet above and beyond politics.” I strongly urge you to pick up this book and one that I would go out and buy to include as a permanent feature on my shelf.

There is no start or finish to the work; his thoughts are written as they arrive to Barghouti. The jumble of issues, questions, people and events are as real and unsimplified as the life that gave rise to them. Barghouti offers a glimpse of how his plight had impact on his marriage, his relationship with his son, and his separation from his mother and his siblings. None of these would have made impression if it wasn’t for the graceful translation of Ahdaf Soueif’s prose which catches the ontological trauma of being a displaced person. The memoir is a magical concoction of Barghouti’s beautiful writing and Soueif’s superb translation.

Towards the end of his memoir, Barghouti says he has never been particularly interested in discussions around who has the right to Palestine,

“It is enough for a person to go through the first experience of uprooting, to become uprooted forever.” 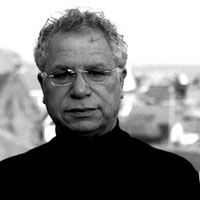 Mourid Barghouti was born in 1944 in Deir Ghassana near Ramallah on the West Bank. Barghouti grew up in Ramallah as one of four brothers. In the mid-1960s, Barghouti went to study at Cairo University in Cairo, Egypt. He was just finishing his last year in college when the Six-Day War of 1967 started. By the end of the war, Israel had captured Gaza and the West Bank. Barghouti is one of around 6 million Palestinian refugees who were denied the right to go back to their homes in Palestine. After the war Barghouti first went to work as a teacher at the Industrial College in Kuwait. At the same time, he began to pursue his interest in literature and poetry, and his writings were soon published

In the autumn of 1977, Barghouti was deported from Egypt on the eve of Anwar Sadat’s controversial visit to Israel and was allowed to come back only after 17 years. Barghouti, his wife and their only son had to spend most of the next 17 years apart; Radwa lived in Cairo as a professor of English at Ain Shams University, and he lived in Budapest as a PLO representative in the World Federation of Democratic Youth and a cultural attache.

His autobiographical novel Ra’aytu Ram Allah (I Saw Ramallah) is a lyrical, moving story about the return of the Palestinian novelist Mourid Barghouti to Palestine after 30 years of displacement. Awarded the prestigious Naguib Mahfouz Medal for Literature in 1997, I Saw Ramallah is full of little joys and many questions about home, the changing realities and the troubling history of Palestine.

I am reading this for Middle Eastern Reading Challenge.

Other views (All positive):

Winston’s Dad Blog “This book is one of the most powerful pieces I ve read Mourid life is laid bare, his poetic tones hid great sadness at points ,the feeling of never belonging after losing your homeland for thirty year.”
Arabic Literature “Most of the time, I found myself moved by the calm, critical beauty of his prose—translated beautifully by Ahdaf Souief.”
Read Kutub “A writing style between poetry, memory and prose”

A bookaholic that went out of control.... I eat, sleep and breathe books. Well, lately I do other stuff.
View all posts by JoV »
« 2666 Read-A-Long hosted by LeeSwammes
Snow Country by Yasunari Kawabata »

9 thoughts on “I Saw Ramallah by Mourid Barghouti”