Of Bees and Mist : An adult fairy tale 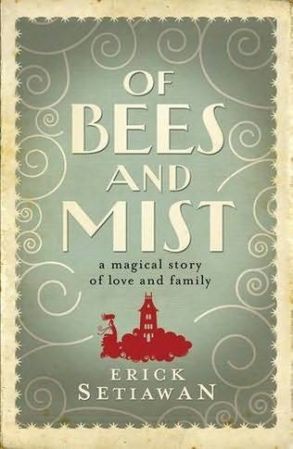 I first came across this book because Bookie Mee told me about it. It’s an unusual cover. Worn and stained cover that has an antiquated feel about it and red shinny caricature of a girl walking towards the house in the mist. The American version says “a magical story of love and family”, the UK edition however says “Three strong women. Two feuding families. A singular story of enchantment.” The latter gives you a better idea of what the book is all about.

To commemorate the Indonesian Independence Day I thought I would read a published Indonesian author I know, Erick Setiawan’s debut novel: Of Bees and Mist.

Everyone loves a family saga (I suppose), especially one that involves a wicked mother-in-law; including a very unusual twist, more so a mother-in-law who can do black magic….

Meridia’s life is a sad one. An only child, her father Gabriel hates her from the minute she was born; her mother Ravenna besides wearing a tight hair knot and smelling of verbena, is mentally deranged. Her parents haven’t spoken for ages and the house at Magnolia Lane is shrouded with swirling yellow and green clouds of mist that swallow up her father and spit him out at the door step at dawn. Her parent’s house is also haunted.

When Meridia met Daniel in Independence Plaza, lined with actors of freak show galore, Meridia found a way to escape her repressive tense life at home and move to her husband’s home. Daniel’s has two sisters, the elder one Malin, who is arrogant and spiteful; the younger one was Permony, rotund, sweet and kind but is not her mother’s Eva, favourite. Unfortunately for Meridia, her mother-in-law’s home is plagued by swarms of angry bees – and soon, similar to her own family, life at her in-law’s house has its fair share of thwarted passions, feuds and betrayal.

For someone who learned English at 16, Erick writes very well. Flowery prose and fairy tale-like, this book is heralded as “an adult fairy tale”. The story setting is not explicit and it may seems like the tale took place in Indonesia yet it maintains a kind of ethereal quality of a tale happening in a “faraway” land that has no substantial reference to anything tangible on earth.

I have a love-hate feeling about the book.

I love it because the family saga, despite apparitions, curses and magic, is a parable that reflects real life drama that I witnessed and heard it myself. Mother-in-law who is spiteful, lies and cheats for her own gain and desire to manipulate and control her off-springs; husband and wife relationship at the best intention could not hold together because of the external influence by other family members who meddle with their family matters; power struggles between grandparents and parents winning the hearts of the grandchildren; struggle between being filial and inviting advanced aged parents to live-in and husband not happy with it;  are real family affairs that played out in real life and soap drama, typically an Asian one and filled with superstitions as well. I applauded author Setiawan has deftly used this unusual technique to pepper an ordinary family saga into something of a fairy-tale.

However! My problem is this: I don’t watch soap opera. Not Dallas, not Dynasty, not Coronation Street, not East Enders or Emmerdale. Not only I don’t watch them, I usually switch over to another channel when I see them on TV. Family feuds are backdrop to a great tale but if you read 500-pages long of underhanded tactics and spiteful curses and hurtful remarks…. well, I think anyone would get weary of it and wish the pettiness of it all could end. It started to feel like an overdrawn feud which lacks any purpose but the only purpose is for the characters to hurt each other.

But don’t take my word for it. It may not entirely work for me but some may find it enjoyable. There are moments where I was intrigued and there were moments in the story that reinforce wisdoms about family and in-laws that I may have forgotten. The biggest lesson I have learnt from this novel is that: if you learn to hate someone long enough and intense enough; and gave the other person the power to rule over your emotions; chances are a piece of that person that you hate may have lodged within the soul of yours.

Scolding the maid, she had felt Eva speaking through her. Her words had seemed to fly straight out of Eva’s mouth, her pitiless glare a lesson plucked from Eva’s eyes. “There is too much of your mother in you,” she had said to Daniel. Now as the marigolds danced and the green mist lifted into the air, she wondered how much of Eva was in her, had been in her all along. – page 498

Indonesia is the most populated Muslim country in the world.

My Indonesian Independence Day read last year was : Map of the World by Tash Aw.

This reading is spurred by Mel U and Polychrome Interest, Novroz Indonesian Read Short Story month. I’m not much of a short story reader so I have chosen this book.

Fyrefly Books: In summary, I felt like this book valued style over substance, which is not necessarily a bad thing… in moderation. Had it been a hundred and fifty pages shorter, I would have had no complaints. But while I enjoyed Setiawan’s writing, and was enchanted by the world he built, I just wish he’d had more of a story to fill that world, instead of the same plot point over and over. 3.5 out of 5 stars.

When White Pets Fly: I think the mix of magic and realism made the story – I think it would have been boring if it were just your standard story about family drama. This book was entertaining, intriguing and in a weird way – relatable. We all have issues with family members and even with the magic component to the book – it was easy to relate to the characters and the love, spite, hate and respect they had for one another at different times during their lives. 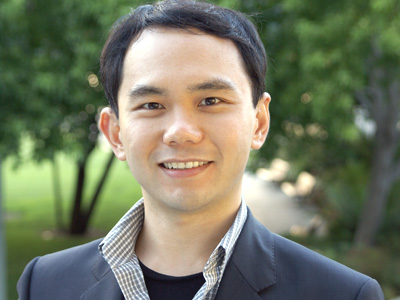 This adult fairytale, peopled with exquisite and memorable characters, explores themes of friendship, love, betrayal and loss, with its roots firmly in the writer’s childhood in Indonesia.

Born in Jakarta in 1975 to Chinese-Indonesian parents, Erick Setiawan grew up a quiet and shy child with a large extended family of gifted storytellers. There was never a lack of drama in the family – and thankfully so.

“At any given time, an uncle was always cheating on his wife, and an aunt was always angry at another aunt and letting the whole family know about it,” Setiawan says.

He was also constantly surrounded by local folklore and superstitions

Motivated by the soul-crushing oppression and injustice felt by many Chinese-Indonesians at the time, Setiawan refused to accept the status quo, believing firmly there was another life that he could embrace. He made a bold move by leaving his family and moving to the United States. For a young man of 16 who barely spoke English and knew only three people in the United States, it was a drastic decision.

Read here for the full article.

A bookaholic that went out of control.... I eat, sleep and breathe books. Well, lately I do other stuff.
View all posts by JoV »
« Legend of Suicide by David Vann
Sunset Park by Paul Auster »

24 thoughts on “Of Bees and Mist : An adult fairy tale”