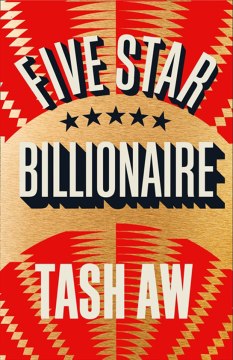 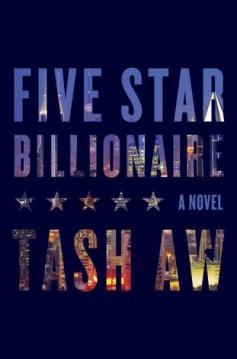 Tash Aw’s Five Star Billionaire opens with enticing self-help get rich book format. “Move to Where the Money is” followed by a short chapter of “How to achieve Greatness” and many how to’s short articles that carries sound advice and also personal experience of Walter Chao.

The novel is about four Malaysians who are trying to make it in Shanghai. There is Phoebe, the ambitious young Malaysian village girl who passes herself off as mainland Chinese and arrived in Shanghai working in many shady jobs before she became manager of a spa. Gary, a Malaysian from state of Kelantan turned “Taiwanese” pop star who was once famous finds himself in a brawl and became a shopping mall singer. Yinghui, a determined and successful businesswoman who once loved by left Malaysia for Shanghai due to the death of her father and the political entanglement with her fiancé’s family. Justin, the lonely businessman adopted into a wealthy Malaysian family, who lost his way while his family have lost their fortune.

These four characters do not know each other but Tash deftly revealed how these four lives intertwined and crossed each other’s path in the most subtle way; and how these characters are linked up to the mysterious Walter Chao, the “I” in the How-to advice article and author of the bestselling self-help manual Five Star Billionaire will be biggest treat of the novel. Two characters had fallen from grace, one about to fall and one was striving to reach the stars. I am glad that I didn’t read any reviews on the book, just the mere word “Rev**ge” would have spoilt the plot for me! So don’t read reviews from some famous names in the newspaper publishing world, please…. 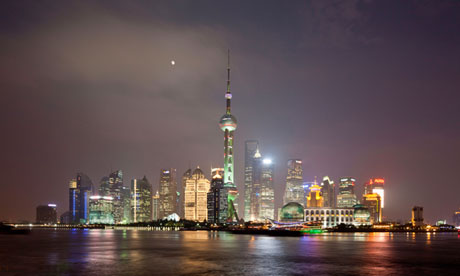 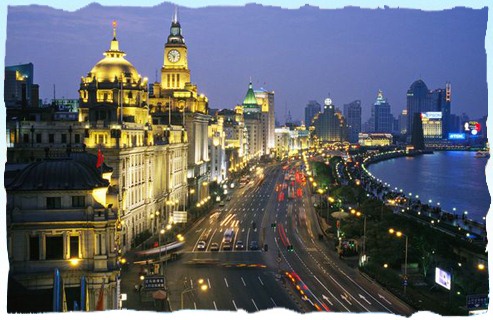 The bund – The Old Shanghai

Tash is unmatched at evoking the sights and sounds of the land and cityscapes (of Shanghai and Malaysia), the figures of speech and the local lingo of that potato-shaped peninsula that pokes into the South China Sea, Malaysia and the edginess and stressful need to compete in big city Shanghai. I am transported back and forth from idyllic tropical village to suffocating city of Shanghai. (Note: I went to Shanghai before in 2005 and out of the cities in the Yangtze river delta (Suzhou, Hangzho, Wuxi u etc.) I find Shanghai distasteful except for its historical buildings and food.)

The Malaysian Chinese has a different upbringing from their mainland counterpart. At least four generations ago in the late 19th century, their ancestors came to Malaysia in pursuit of better future to work in tin mines and rubber estates. While the motherland China is going through its political upheavals of the fall of Chinese emperor and the start of communist China, China is close to the outside world. The overseas Chinese prosper in South East Asia, Malaysia and Singapore being the British colonies.

The Malaysian Chinese, similar of those of Singaporean Chinese belongs to the family of amphibians who could cross over and be at ease in the western and eastern world (recalled names such as Michelle Yeoh, Jimmy Choo, billionaire Robert Kuok and Tash Aw himself). The irony is that now the young Malaysian Chinese are looking to go back to China to make their fortune as their pie in Malaysia, faced with racial discrimination, seems to get smaller and smaller for the ethnic Chinese.

While the various characters are embroiled in their daily plot to fake their images or making more money, they also recalled their humble beginnings in the green, tropical country called Malaysia. Mostly set in the backward and beautiful state of Kelantan and also the more developed Kuala Lumpur, the novel exposed some of the underhand tactics of politicians involved in corruptions and displacement of villagers’ houses for bigger land development gain in Malaysia.

As we speak, Malaysians are staging mass protest of the recent results of the May 5th 2013 election, where the ruling party win by a nose which many suspects were due to corruptions and fraud (refer to BBC news.) 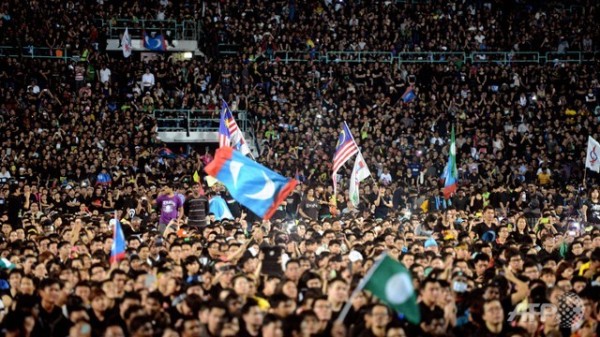 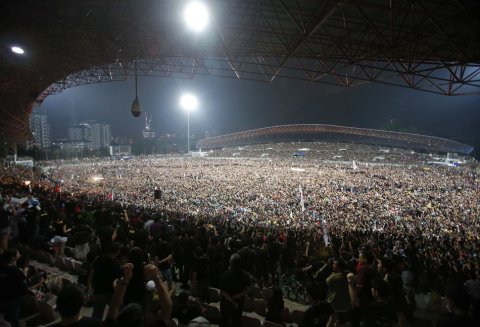 There is a bitter sweet feeling of reading about these sad characters. Filled with advice, formulas of success and Chinese idioms, the sound of literally translated sentences appears comical. “A Strong Fighting Spirit Swallows Mountains and Rivers”. Phoebe reads self-help books with titles such as “Sophistify Yourself”. Tash Aw also make use of social media and chat conversation to relate how embroil and affected one could get by harbouring strong feelings to someone you meet online but never meet in person; all these investment only to find the other party abandon the chat or disappear into the thin air in a whim. What saddens me most was how Gary’s chat partner did not believe the famous singer that he is, and how Phoebe has come so close to meeting her soulmate yet did not take the final stride to increase her chances……

In terms of quality of writing, Tash Aw is a league above Tan Twan Eng (author of shortlisted booker The Garden of Mist), the other Malaysian author. I have read all of Tash Aw’s novels (The Harmony Silk Factory and Map of the Invisible World) and I will say this book is the finest of the other two. I have been let down by the previous novels but I enjoy this one more. It is more structured and tidier, leading the reader to a subtle and sad ending.

The book made me ask some questions around fate vs freewill. Is it about faking it until you make it, or is it about being yourself? Is fame a blessing or a curse? Do you want to be the centre of attention or hover on the periphery of the world and never risk headaches? Can one ever shed their own roots whilst they move from the village to the city?

The title of the book with the garish book cover gives me the impression of being superficial or the making of a comic satire; but it was far more cynical and heartbreaking than I would imagine it to be. It left me with the same aftertaste as NW by Zadie Smith, except this is much, much stronger.

It is a stronger aftertaste because I am familiar with the region (both China and Malaysia) and its people; the Chinese ambitions and the downfalls of materialistic pursuit, especially of the Malaysian Chinese. Therefore, I am biased. Having said that, for those who come to this novel without a clue of what it is about, I think you will enjoy an entertaining and TV drama series-like romp from this book and expect an ending full of regrets and possibly renewed hope to give it another shot in life, again.

I thank the publisher for sending me the copy via Netgalley.

Some of my favourite quotes from the book:

In the business of life, every tiny episode is a test, every human encounter a lesson. Look and learn…. But time is sprinting past you, faster than you think. You’re already playing catch-up, even as you read this. Fortunately, you do get a second chance. My advice to you is: Take it. A third rarely comes your way.

Adulation is a funny thing. Most people seek it in vain, often unconsciously, from their spouses, children, professional colleagues, or – the ultimate dream – from the public at large. To be admired by people who don’t know you would seem to be the summit of human achievement. Yet those of us who are in this position will know that to be the centre of attraction in this way is not only distasteful, it is empty.

We all have to do things that sully us while we wait for our real lives to happen.

Yinghui recognised a restlessness in the banker’s face, a mixture of excitement and apprehension that people exhibited when still new in Shanghai, in search of something, even though they could not articulate what that something was – maybe it was money, or status, or, God forbid, even love – but whatever it was, Shanghai was not about to give it to them. The city held its promises just out of your reach, waiting to see how far you were willing to go to get what you wanted how long you were prepared to wait. And until you determined the parameters of your pursuits, you would be on edge….. the city was teasing you, testing your limits, using you. You arrived thinking you were going to use Shanghai to get what you wanted, and it would be some time before you realised that it was using  you, that it had already moved on and you were playing catch-up.

Other view about the book

Book Munch: “Aw has spent his career pushing the boundaries of the South East Asian novel and he’s emerged as a voice which is esteemed in both East and West. So on the face of it this is a shiny tale of modern day Asia, and its various hidden depths will be revealed according to who you are, where you’re from and what your literary background is. That’s a yes.”

Olduvai reads: “I previously read Tash Aw’s The Harmony Silk Factory but wasn’t too impressed with it. But he has wowed me with Five Star Billionaire, and I’m eagerly looking forward to seeing what he will be writing next.” 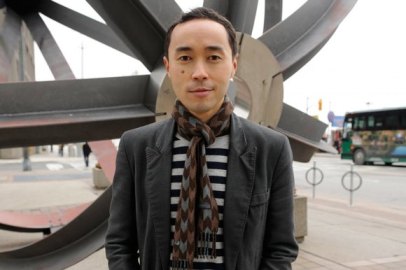 A bookaholic that went out of control.... I eat, sleep and breathe books. Well, lately I do other stuff.
View all posts by JoV »
« A little update…
Of Fanaticism and Cult »