About Mary, a Hen, Zohra’s Ladder, a crime in Turkey and my first book of Jackson Brodie’s series 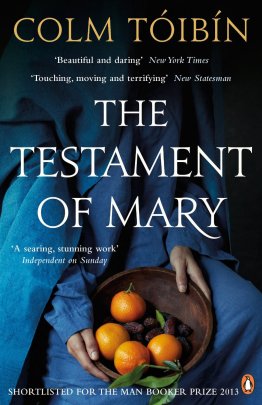 Tóibín’s depiction of the most famous mother of all. The Testament of Mary is a sceptical account of Mary witnessing the miracle and the eventual Crucifixion of her son. This wasn’t the first time I read about unsympathetic Mother Mary to her son’s cause, the first disturbing account I read was from Naomi Alderman’s The Liar’s Gospel.

Both books mentioned are published on the same year, 2013, and I will question the coincidence of having two books that is written about Mary’s lack of faith in her son’s mission. Who is copying who? What has sparked the idea?

This Mary is a mother grieving and angry about the path taken by her son. She dismisses the disciples as a “bunch of misfits” and oddballs. She warned Jesus not to do the water-into-wine miracle at the wedding in Cana, knowing it would draw unwelcome attention to him. Her defiance stems from her maternal instinct to protect, another seems to lament her son’s from being more powerful than what he should be. I enjoy Alderman’s The Liar’s Gospel a lot more than this book. I didn’t think I made a good start by reading my first Tóibín on  The Testament of Mary but let me know if you have enjoyed his other novels.

Originally published in 2000, The Hen Who Dreamed She Could Fly was an instant success and remained on bestseller lists for almost ten years and adapted one of the highest-grossing animated films in Korea. It has only recently been translated into English by Chi-Young Kim. It was brought to my attention due to recommendation at my local Waterstone’s bookstore.

Hwang tells the story of Sprout, a hen destined to live out her life fenced in a chicken coop on a farm. She lays eggs and the farmer collect them from her everyday. She lives a monotonous existence in the coop, looking out of the chicken wire and the sky, wondering what is out there. One day she stops eating, , grow weak and stop laying eggs; when she was about to be culled, miraculously she broke loose and escaped the farm. Out in the wild, there were more dangers abound.

Sprout stumbled upon an unhatched, abandoned egg – her maternal instincts take over and she decides to incubate it. She sits on the egg and is kept company by her mallard duck friend, another outsider, named Straggler. What Sprout doesn’t immediately realize is that it is Straggler’s friendship that has enabled her to achieve her dream of motherhood. When the egg hatches, Sprout is not aware that it is a duckling that hatched, and not a chick. Sprout and her duckling, Greentop, embark on an adventure which are frauded with danger and reprieve; in the process became bold and courageous.

The fable of The Hen Who Dreamed She Could Fly represents many things, the blurb says it is ‘an anthem for freedom, individuality, and motherhood featuring a plucky, spirited heroine who rebels against the tradition-bound world of the barnyard’. In my view it was a lifelong dilemma of being in my comfort zone and venturing out on big wide world. The thing is I looked back and saw that both approach have its benefits and challenges. My friends who stayed back in my home country, have married their childhood sweethearts, live a calm and peaceful life; whereas I have taken the path of most resistance and went out of my own social and comfort circle and in the process experienced greater obstacles, bigger bruise and hopefully came out wiser and worldly than my complacent counterparts. I am not sure which way of life is better and I think The Hen Who Dreamed She Could Fly states it very clear if you ever want to venture in a big wide world you got to be prepared with what’s coming.

Great opportunity of learning from the life of a hen called Sprout. Easy reading and engaging, dotted with wonderful illustrations by Nomoco, a Japanese designer and illustrator. 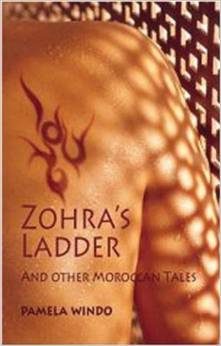 Give me a book about Morocco anytime I will read them. My extended families are Moroccan so I don’t mind sampling this book, besides the more serious literature that has ever written about Morocco as Edith Wharton’s “In Morocco”, “Lords of the Atlas” by Gavin Maxwell or “Traveller’s Tale” by Paul Bowles, which I have yet to read.

The blurb: “Pamela Windo chronicles her love of Morocco and its people in this wondrous collection of true stories, peeling back layers of history, paint, and finely embroidered fabrics to find the truths in the mysterious and the exotic. She describes the colors, flavors, songs, and textures of an almost dream-like nation. Her stories are of snatched affairs, unforeseen warmth, and subtle eroticism in shadowed courtyards. The results are liberating and uplifting portraits of places and people, each told with an extraordinary delicacy. Behind the veils, she discovers kindness, beauty, and passion that afford her life a whole new dimension.”

Pamela writes passionately about the generosity and kindness of people she met in Morocco, a land that she lived for seven years and fell in love with. Like many wide-eyed, curious foreigners, all wanted to have a piece of the exotic and dreamlike ambience of the place. As she travelled alone, so would she be drawn into fleeting affairs, unexpected warmth and subtle mysterious moments in exotic Morocco. Not one of the best that is written about life in Morocco but good for an afternoon relaxing read.

The blurb: “When Emine Aksu, the flamboyant wife of an Istanbul style guru, suddenly goes missing, Inspector Cetin Ikmen’s investigation leads him deep into her strange and colorful past. Emine was a hippie when she was younger, who wholeheartedly enjoyed the liberated lifestyle that swept across Istanbul in the sixties. Her husband suspects that she was visiting an old friend at the time of her disappearance. Meanwhile, Inspector Mehmet Suleyman is called to a terrifying scene at the art deco Kamondo Stairs in the old banking district of Karakoy. The skeleton of a woman has been discovered in one of the large plant containers. Could these two bizarre incidents be linked?”

I picked this book judging by it beautiful cover and also the lure of atmospheric crime scene in Istanbul. A city I long to go but yet to plan to travel there. Pretty Dead Things is a decent read and offers enough juicy past of Emine’s and a twist of the crime resulting in some hair raising moments because it takes you into underground dungeons and tunnels. A good crime and mystery escape into an exotic location, read Barbara Nadel’s Inspector Ikmen series.

I have always known Kate Atkinson to be a versatile writer. So after Life After Life, I decided to give the Jackson Brodie’s series a go.

The book opens with a horrifying crime. On a glorious summer day, six-year-old Joanna Mason becomes the only survivor of a horrible, inexplicable crime. 30 years later, Joanna has become Dr. Hunter, a high achiever, married with a young baby boy. The perpetrator of the crime is about to be released from prison and Joanna has to act fast.

This is not a typical crime mystery where the plot thickens and the pace accelerated. We, readers, are introduced to a few more characters who have their own back story and chapters that add onto the main plot. Lothian and Borders Police Detective Chief Inspector Louise Monroe is my kind of woman, who is now in a relatively new marriage, wondering if she has made the right choice. There is Jackson Brodie, ex-army, ex-police, ex-detective, and ex-colleague of Monroe’s who seems to meander in the storyline and in his life and met with a huge accident which would bring him some big surprises. Then there is the story of a sixteen-year-old girl named Reggie (short for Regina) who is Dr. Mason’s nanny who worship and love Dr. Hunter and her baby boy. Reggie is an orphan who has a criminal for a brother. When Dr. Hunter went missing, it will all boils down to Little Reggie who can save her.

Although the series are named after Jackson Brodie, the main and centre of attraction is not Jackson. Comparable to Louise and Reggie, Jackson pales. There are too many coincidences in the plot. All racing against time to find Dr. Hunter and the drive to turn the pages quickly was to find out if Dr. Hunter will come out alive.

I would say I enjoy reading this with strong female characters and great quality of writing but if you are looking for light bulb moments and clever twists, you will be disappointed (and it is exceptionally a long book too!)

There you go, my short reviews from some books I read that I read from May to August. What about you? What have you read recently? 🙂

A bookaholic that went out of control.... I eat, sleep and breathe books. Well, lately I do other stuff.
View all posts by JoV »
« Colorless Tsukuru Tazaki and His Years of Pilgrimage by Haruki Murakami
My Hiatus from reading and a short review of “Us” »

8 thoughts on “About Mary, a Hen, Zohra’s Ladder, a crime in Turkey and my first book of Jackson Brodie’s series”